Perry Como sang a song called “Personality” that was an all time favourite of my Dad’s. He played it to me often when I was  a child.  He told me I had personality; and I believed him.   He would look me in the eyes and sing this song to me, arms outstretched ~ dancing in the living room.   I have believed him for most of my life.   We probably danced to “Personality” at least 100 times.  (I can embellish here …this is my story!).  He would turn on the stereo at noon on Saturday afternoon and the music sessions would begin..most often it was just Dad, because my Mum was a registered nurse and worked many weekends.  Just dad and me and music.  He would sometimes dance me around the room, but mostly he listened.  Often I sat beside him and listened.

I was a toddler and yet I remember.  then I was a child and I remember…..He would pour me a “special” drink in a fancy glass, pour himself a beautiful pint of bitter,  and we would listen.  He has an incredible collection.  I hear other friends talk about how their parents played “Jazz” and I know there’s a big difference.  My dad knew all the names of every musician and kept an extensive catalogue of  song titles, dates, musicians, concerts….a comprehensive history of music of  which I couldn’t believe as an adult.  I thought to myself, “How on earth did you have time for this, with four kids?”  And it actually annoyed me some of the time!  No hockey practise, skating or skiing for us!  We knew what Saturday was gonna look like!  Of course time changes and next thing you know I’m out and about doing my own thing on Saturday afternoons…falling in the creek, smoking cigarettes in the park, hanging out with the boys,  skating, tobogganning and carousing around the neighbourhood, riding my bike….wishing my Dad would want to do more stuff.  Certainly the four of us have bemoaned this once in awhile ~ who doesn’t?  Parents aren’t perfect.  He wasn’t perfect.

But, he has left me with a love of his music so profound that I can find joy so easily just by having a “Jazz Session” of our own.  It’s unbelievable actually.  After he died, I could not even  listen to ANY Jazz at all for almost ten years.  It made me cry and then it made me mad.  My Mum would play it in her little Volkswagen beetle and I wanted to tell her to turn it off.  I was so angry that he had been taken from us;  from me when I was only 45.  It pissed me off.  He actually was gone at least five years before he died because he was so ill.  His last really good birthday was his 50th ~ we celebrated together that summer.  I turned 21 ~ what a party that was.  Some really great memories and recently I have been able to think about them with joy in my heart instead of remorse.

Memories are a funny thing.  You create your own story with bits and pieces of what you think happened.  I believe you often embellish these stories ~ for the better and the worse.  You have to be careful what you think you remember and learn from the stories. I try to do this; not particularly well, none of us do really.  Let’s be honest we are all struggling with our own inner thoughts, ambitions, disappointments, momentous occasions.  I guess my point is, relax.  Take things in your stride.  Allow yourself to feel your emotions and learn from them.  I have been on a long journey since I turned 50 ~ the same journey my Dad was on, I believe.  Hopefully I am armed with the song “Personality” playing in my head and a confidence about life around me, that things in life are never constant.  Today will never be repeated.  And people pass away.  It is so sad; 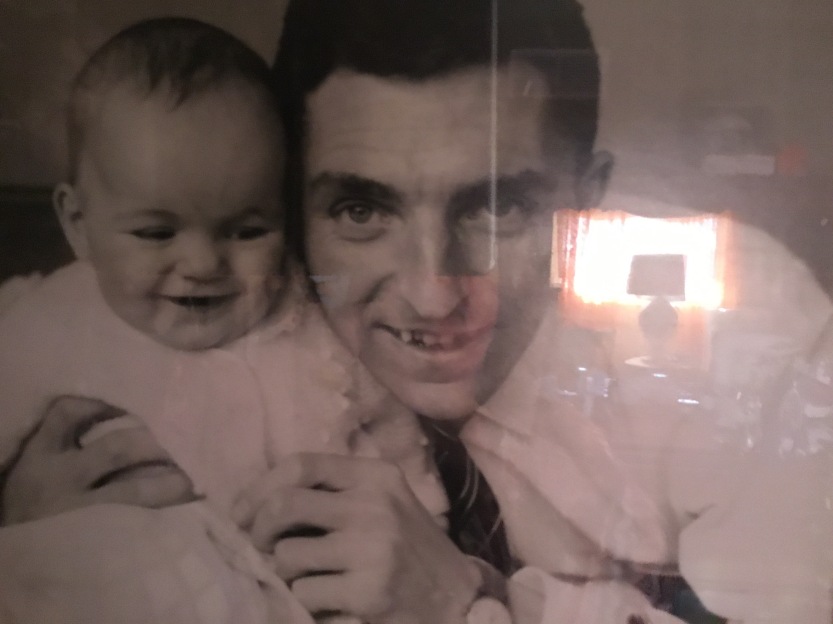 but, it ain’t gonna change; so we all have each day to live ~ not in constant happiness.  That would be stupid.  But, with an awareness that I will fuck up, feel overly emotional, even paranoid at the lowest times, angry, sad ~ and it’s all good.  Because most of the time, when I (or you)  really face these annoying personalities head on,  you can come out with a new appreciation for yourself and those around you.